Cordiners is derived from Cordwainers, are also known in Scotland as Souters, a name by which natives of Forfar were also known at one time, are the present day Shoemakers or Cobblers.

In common with the other Trades’ the Cordiners support charities, particularly Duncan of Jordanstone College of Art and other projects and of course support the work done by the General Fund Court of the Nine Incorporated Trades of Dundee. 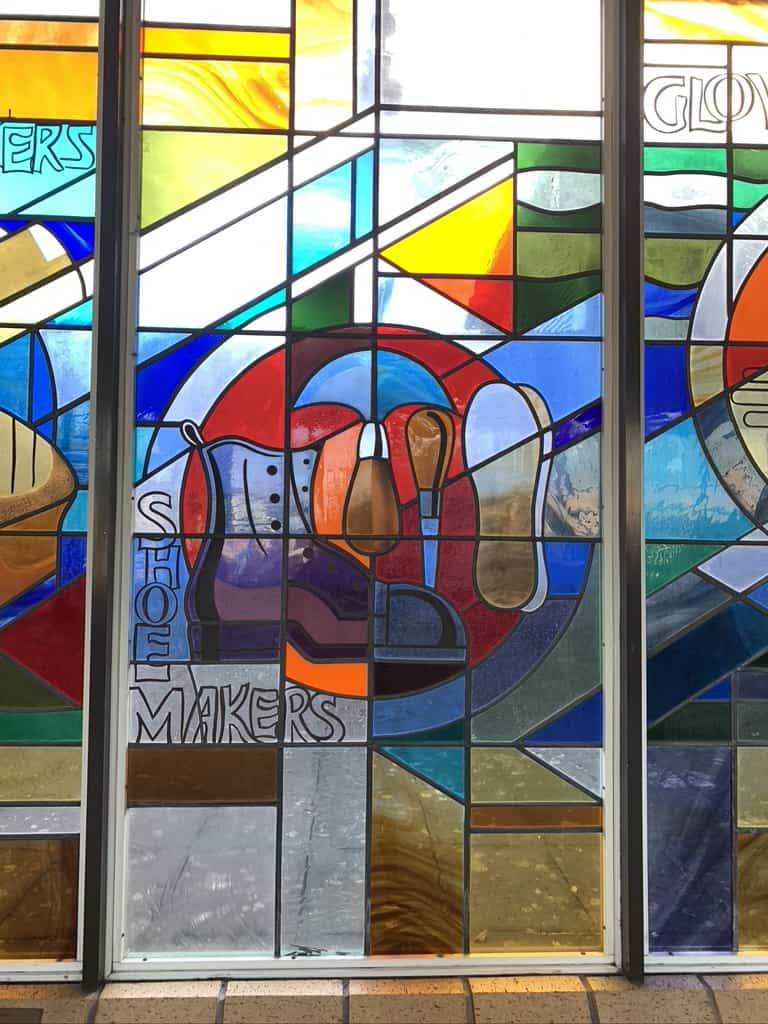 The beginnings of the Cordiners’ history, like that of the other trades, is now lost in the mists of time. They are particularly proud of their position as second in the order of precedence of the trades. The Cordiner Trade was quite large, with some 35 Masters in 1634. However, with a population of between 4,000 and 6,000 souls, this would imply that each Cordiner would be supplying footwear for about 115 to 170 people. Bearing in mind that only the main street would have been paved and that all the roads outwith the town were nothing more than bridle paths it becomes apparent that the shoemaker was a busy man.

By the late 19th and early 20th century, there were fewer and fewer tradesmen left in the city making shoes.

However, with the advent of steam power and the rise of jute weaving, leather belting for machinery took over and remained the backbone of the trade until today even that business has died away.

Today there are no members of the craft making shoes and all their efforts are devoted to carrying out charity work, particularly for educational purposes and supporting the Nine Incorporated Trades. Most of the Trades now work through this body in order to make their efforts more effective.

END_OF_DOCUMENT_TOKEN_TO_BE_REPLACED

No news items to display.
END_OF_DOCUMENT_TOKEN_TO_BE_REPLACED

Each trade supports a number of charities and good causes. The good causes that the Cordiners fund are: